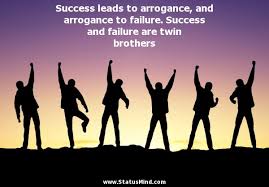 My family, especially my mother, always emphasized being the best, especially when it came to school, but she didn't stop there with the pressure. No, it had to be that I would be the loveliest, most beautiful girl in the world. I couldn't be #2 in school - I had to be #1. So my childhood and teen years were rife with disappointment, for I was neither.

I knew I was smart, but not THE smartest. I sadly did not think I was attractive at all, so spent relentless hours trying to create a facade that would be pleasing to others. That was the three-hour curse. It is now gone, thank goodness, but the insecurities still loom in the netherworld, only to be resurrected by small, and, seemingly, innocuous events or triggers.

Being a second language learner is also a factor in my psychological makeup and one that creates minor dramas when none should appear at all. Attending school I was always aware of the fact that I just did not get some humor. I did not understand all words spoken or read, and when my mom and Oma would praise me and say how smart I was, I would cringe with disbelief. Even when I was working on my dissertation, some secret part of me was afraid the school would find out they made a mistake and I would simply be tossed out of the program. If  you have not experienced this doubt, then you cannot understand fully...It's as simple as bringing something up and everyone in the group looking at you as if you are crazy.

Recently, in a group of esteemed colleagues, I forged out of my insecurities and offered a short video that I thought was hilarious and made the point of a term we were all discussing. Everyone looked forward to watching the video, but during it all I heard was, "Well, THAT'S not good teaching! Uh, look - that's the worst teaching model I've ever seen...." And so on....

In the background I initially tried to defend my choice, but my voice soon faded to nothing. The video was over and everyone was silent. I was doomed. The voices inside shouted to me, "You are not our equal. You are ignorant. This was ridiculous. What an awful video."

On the outside I managed to acquire some aplomb and said it was okay not to like my selection. It was also okay to say so. My feelings were not hurt. Surprisingly, they weren't as hurt as they would have been ten years ago. I would have fled the room, crying, distraught, and ready for the world to end. I see progress in myself. Slow, but steady progress. It must have made an impact on me, for I would not be writing this blog now; however, the impact is not as severe as it could have been.

So when we are working with others and they disappoint and are off task, how do we handle that scenario? Are we sensitive to those hidden triggers our students and clients might have? We do not have to tiptoe amongst our colleagues, but it's helpful to realize this hidden hurt is everywhere.

This experience was a positive one for me, for I was allowed to practice my mind-balancing strategies. I have shown my colleagues I am not as thin-skinned as I once was. I have proven to myself that not everything is high drama. I am thankful that I see life in a positive and loving light and that it is not all about me anymore. Deep sigh of relief. Still working on it, though....
Email ThisBlogThis!Share to TwitterShare to FacebookShare to Pinterest